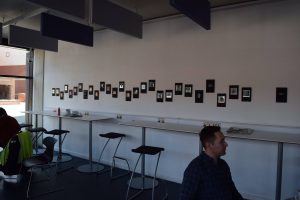 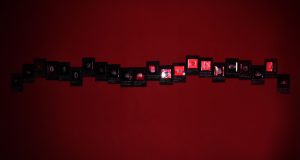 Before and after.
I wanted to change the layout and the context.
To present the work from a different perspective. 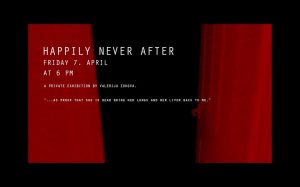 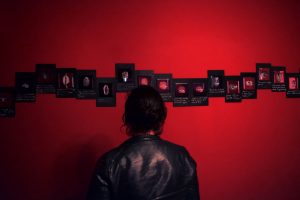 It was a quiet show with a few people.
I managed to take good photos and collect feedback .
The red deferentially added more tension and alertness to the work, not to mention the text on the poster.
I have chosen that sentence out of the German fairy tale Snow white.
In the original story the queen asks for liver and lungs to be brought back to her as proof of Snow White’s death.
This time i changed the order and wanted to focus more on the dark side of the story.
What if she did not survive and the queen did receive her lungs and liver?
Or maybe she did not get saved after biting a poisonous apple?
I chose red to be on the poster because the space the work was going to be presented in was painted red.
And the open door being the door that lead to the exhibition,in to my bedroom room.
I had a red lamp instead of the normal light so everything would look red before entering a dark room where my work was presented.
I wanted so  that entering the room would be atmospheric.
Like entering another world, where Snow White’s story had an alternative ending,and it was not happy.
This is where I got the name of the show.
Happily Never After.